As your State’s Attorney, I pledge to:

Richard H. Gibson, Jr., made history on January 7, 2019, when he was sworn in as the first-elected, African-American State’s Attorney for Howard County, Maryland.

Gibson, a native of New York, never envisioned pursuing a career in law until later in life when he worked under the tutelage of a prominent judge in Maryland. It was at that time, he realized that by working in the criminal prosecution realm he could serve as a voice for the victim, be a reflection of experiences that weren’t typically represented in a courtroom, and over time, make a difference in the community in which he lived.

Mr. Gibson graduated from The College of New Jersey in 1998, with a Bachelor of Science degree in Law and Justice. He then went to Howard University School of Law. While there, he was an associate editor for the Social Justice Law Review and participated in the Street Law and Howard Law mentoring programs.

He graduated from Howard University Law School in 2003. Upon graduating law school, he then took and passed both the New Jersey and Maryland Bar Examinations and was admitted to practice law in both states.

In 2003, he began his legal career as a law clerk for the Honorable Herman C. Dawson, an Associate Judge with the 7th Judicial Circuit for the Circuit Court of Maryland, located in Prince George’s County.

After finishing his first year as a law clerk, he began his career as a prosecutor with the Prince George’s County State’s Attorney’s Office. First in District Court, handling traffic and minor criminal cases; then progressing on to more serious cases in Juvenile and Circuit Court. While in the Juvenile Division, in addition to prosecuting cases, he was the coordinator for the Juvenile Drug Court on behalf of the Prince George’s State’s Attorney’s Office.

In 2006, Mr. Gibson left the Prince George’s County State Attorney’s Office and began his employment as a prosecutor in The Baltimore City State’s Attorney’s Office. There he began his work in the General Trial Unit handling cases related to robberies, burglaries, and home invasions.  Within a year, he was promoted to the Firearms Investigations Violence Enforcement Unit where he prosecuted non-fatal shootings. In 2007, he was again promoted to the Homicide Unit where he remained for approximately 5 years, handling cases where people were wrongfully killed within Baltimore City. In 2012, he was selected to be a member of the elite Major Investigations Unit where he was responsible for overseeing the investigation, planning, and implementation of specific prosecutorial and policing strategies to target individuals who pose the greatest risk to the safety of the citizens of Baltimore City. In 2016, Rich was recognized by the Mid-Atlantic Regional Gang Investigators Network as “Prosecutor of the Year” for successfully prosecuting two state gang cases, which had a tremendous impact on the community. Additionally, in 2016, Rich was elevated to be a Team Captain within the Major Investigations Unit where he supervised a team of trial attorneys who were focused on the strategic targeting and prosecution of violent repeat offenders.

Mr. Gibson was the Co-chair for the Maryland State Bar Association Membership Committee, formerly was a member of the Maryland State Bar Association’s Committee for Special Appointments, he is the Past-President of the Waring Mitchell Law Society and has been selected to be a Maryland Bar Foundation fellow. He is also a member of the James Macgill American Inn of Court, a past board member of the Columbia Democratic Club and a current Board Member of Voices for Children, a non-profit organization that oversees providers for children in need of assistance in Howard County.   Additionally, he was an appointed member of the Howard County Democratic Central Committee. In October of 2018, Rich was honored with the Criminal Justice Reform Award by the Maryland Emerging Leaders PAC. In 2021, Gibson was unanimously voted in as the President of the Maryland State’s Attorneys’ Association.

Gibson is married to Dr. Carissa Guishard-Gibson, a doctor of Internal Medicine. They reside in Ellicott City and are the proud parents of three wonderful children. 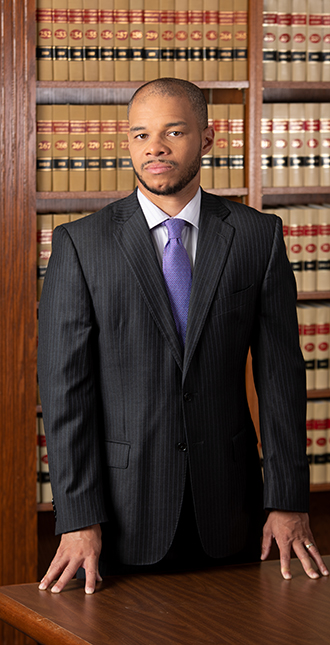