The Office of the State’s Attorney for Howard County is a constitutionally mandated office charged with handling the prosecution of all crimes occurring within Howard County.  The State’s Attorney is an elected official who serves a four-year term from the first Monday in January after his/her election, until his/her successor shall be elected and qualified. The State’s Attorney must be a lawyer admitted to practice in Maryland and must have resided, for at least two years, in the county in which he/she is elected. 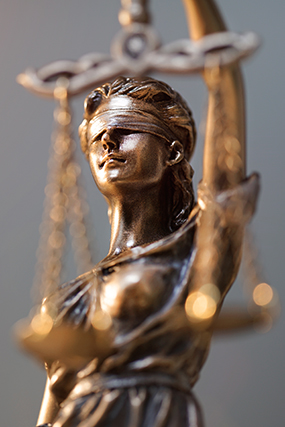 Most of the cases handled by the State’s Attorney’s Office stem from investigations conducted by the Howard County Police Department, the Maryland State Police or another investigative agency. Charges filed with the Commissioner by a law enforcement agency or a civilian, are then forwarded to the State’s Attorney’s Office for prosecution. Misdemeanors remain in the District Court Division and felonies are forwarded to the Circuit Court Division. Felonies are screened by prosecutors and the cases are often presented to the Grand Jury. The Grand Jury then determines whether or not an indictment is appropriate. Our office is also responsible for prosecuting delinquent acts committed by juveniles.

Our office consists of the county’s top prosecutor, State’s Attorney Rich Gibson, and more than 30 prosecutors who represent the public safety concerns of Howard County while pursuing justice. We also have a dedicated administrative staff, including paralegals, who work together as a team to support the prosecution efforts in our office and assist attorneys in preparing for trial. In 2021, our office prosecuted approximately 11,000 cases in both District and Circuit Court.