Home » About Us » Senior Staff

Joshua J. Felsen is an accomplished attorney with more than 15 years of experience prosecuting everything from white-collar crimes to high-profile, homicide cases. He has worked in various divisions within The Baltimore City State’s Attorney’s Office investigating a wide-ranging array of criminal matters. In early 2019, he joined the Howard County State’s Attorney’s Office.

Following law school, he began his prosecutorial career in The Baltimore City State’s Attorney’s Office. Mr. Felsen served in the Juvenile, District, Misdemeanor Jury Trial, General Felony, and FIVE (Firearms Investigations Violence Enforcement) divisions before being promoted to the Homicide Division in 2007. While in the Homicide Division, he prosecuted over twenty jury trials to verdict. In 2012, Mr. Felsen transferred to the Economic Crimes Division, where in 2014, he was promoted to Division Chief. Mr. Felsen also served as a Special Assistant United States Attorney from 2013-2016.

Mr. Felsen currently sits on the Maryland Identity Theft Working Group and the Maryland Office of the Attorney General Fraud and Corruption Task Force. He is also a member of the James Macgill American Inn of the Court.

Mr. Felsen is the recipient of the 2018 Public Service Award from IASIU (International Association of Special Investigation Units) for his efforts in prosecuting insurance fraud. 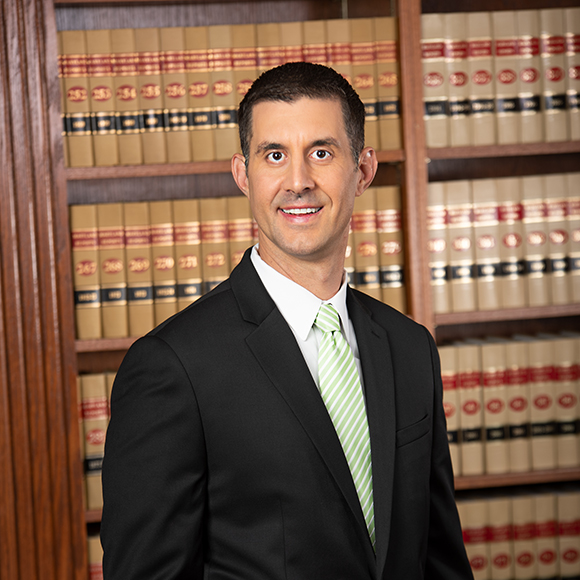 Sandmann’s legal career began in the spring of 2001 when he was hired as a law clerk in the Homicide Unit at The Baltimore City State’s Attorney’s Office. For over 15 years, he prosecuted hundreds of felony cases dealing with crimes involving shootings, handguns, serious assaults, armed robberies, carjackings, felony drug crimes and wiretaps, as well as large-scale economic crimes. During his tenure in Baltimore City, he also tried well-over 50 jury trials to verdict.

In early 2019, he joined the Howard County State’s Attorney’s Office and is now responsible for overseeing the annual budget, office operations and policy formulation.

Sandmann received a Bachelor of Science degree in Business, Finance in 1998 from Miami University in Oxford, OH. In 2002, he graduated from the University of Baltimore School of Law and was admitted to the Maryland Bar. 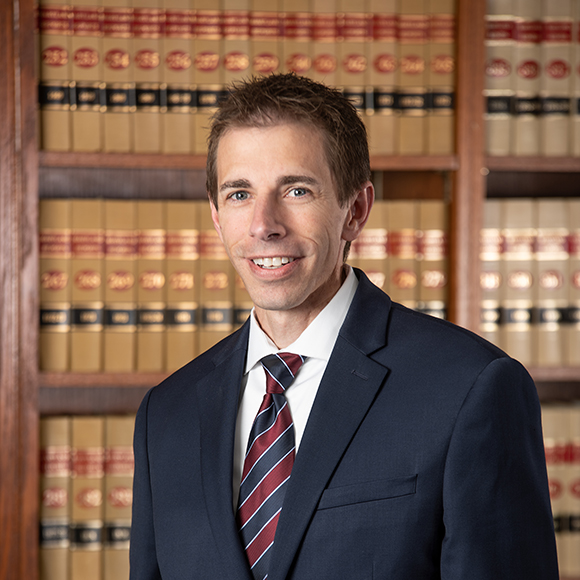 Mary Murphy is a veteran prosecutor who has been praised for her work on a wide range of cases including homicide, child abuse, narcotics and property crime. She has been with the HoCoSAO since 1991, when she first joined as an Assistant State’s Attorney. She has worked in various capacities during her time at the Howard County State’s Attorney’s Office.

Over the past twenty-five years, Ms. Murphy has been an active member in several professional and non-professional organizations, giving back her time and expertise when needed. In 1998, she was the recipient of the Howard County Chamber of Commerce’s Distinguished Service Award in Prosecution.

She is a fount of knowledge in the office, with everyone from entry level to senior attorneys coming to her for advice on matters related to current cases and the historical background of previous cases.

Before joining the HoCoSAO, Murphy was a litigation associate at the Baltimore City law firm of Weinberg and Green. 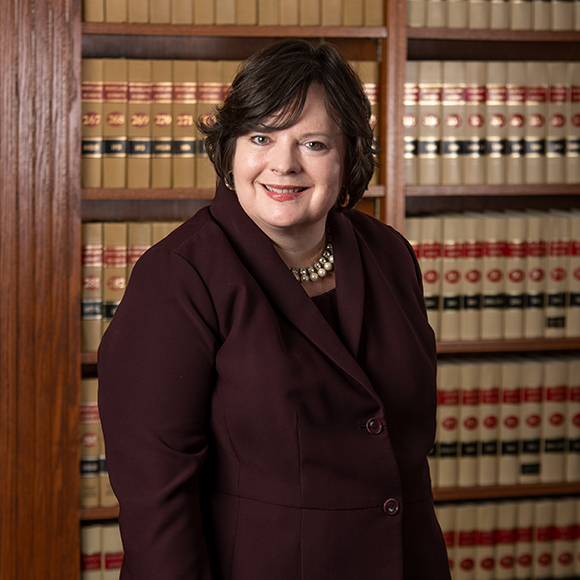 Office Administrator,
Office of the State’s Attorney for Howard County

Victoria is a self-motivated manager with solid organizational and leadership skills. Throughout the course of her many office projects, it is evident she possesses an ability to provide exceptional customer service and goes above and beyond the normal course of duty to complete assigned tasks.

Rand has worked in Howard County Government in various capacities over the last four years. In her current position, she is responsible for supervising a staff of 76 employees including training and maintaining personnel files. She also oversees an annual fiscal budget of over $8 million dollars, including payments and receivables. In her current position, she also serves as fiscal grant manager and payroll timekeeper. In addition, she is also responsible for implementing new processes and more efficient procedures related to IT management.

Prior to joining the HoCoSAO, Ms. Rand worked in various managerial positions for Verizon Wireless and other local businesses. She received her Bachelor of Science degree from Frostburg State University and has several certifications in different industries. 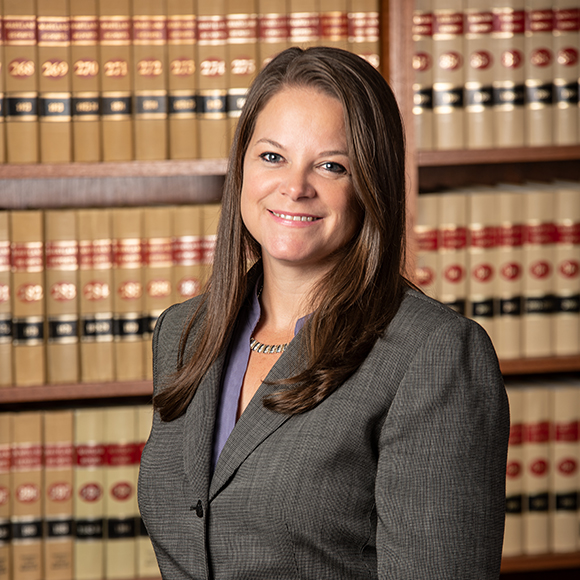 Yolanda Vazquez is a multiple award-winning journalist with nearly two decades’ experience in the television industry both on-camera and behind-the-scenes roles.  She joined the Howard County State’s Attorney’s office in the spring of 2019 and is responsible for developing a consistent communications plan that advances the office’s mission both externally and internally, including coordinating major community events, pitching stories to the media, and organizing speaking engagements for the State’s Attorney.

Prior to joining HoCoSAO, Ms. Vazquez worked as a general assignment reporter at Maryland Public Television and WJZ-TV in Baltimore. Earlier in her career, she took on reporting gigs in Kentucky, Texas and Florida. Ms. Vazquez has earned numerous awards, ranging from two Emmy Awards and a pair of Associated Press Awards to several silver and bronze Telly Awards. She is also an alumna of Boston University where Ms. Vazquez earned a Bachelor of Science degree in broadcasting and film. 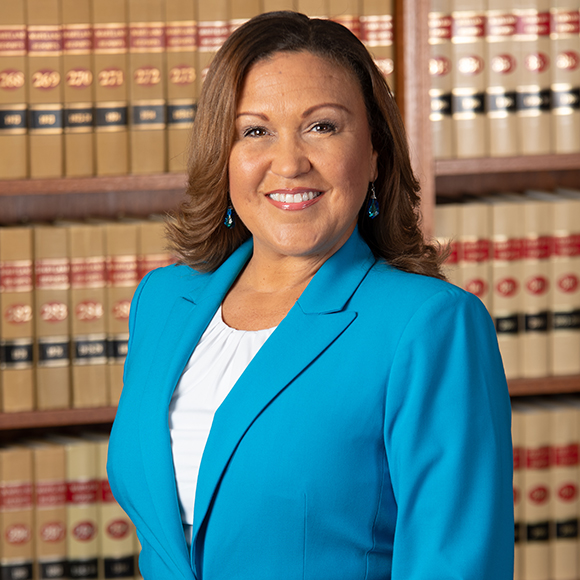 Ms. Vasco began her career at the HoCoSAO as a victim/witness advocate in the fall of 2000. She spent the next 16 years working in several different capacities serving victims and witnesses impacted by crimes that were prosecuted by the Special Victims Unit. In the fall of 2016, Ms. Vasco became the Director of the Victim/Witness Unit. She currently supervises a staff of seven team members who are committed to assisting crime victims as they navigate every phase of the criminal justice system. She and her team make every effort to serve with compassion and respect.  Ms. Vasco received her AA in Addictions Counseling from Community College of Baltimore County and her BA in Human Service Administration from Notre Dame of Maryland University, and is a nationally accredited Advanced Level Advocate under the National Advocate Credentialing Program. 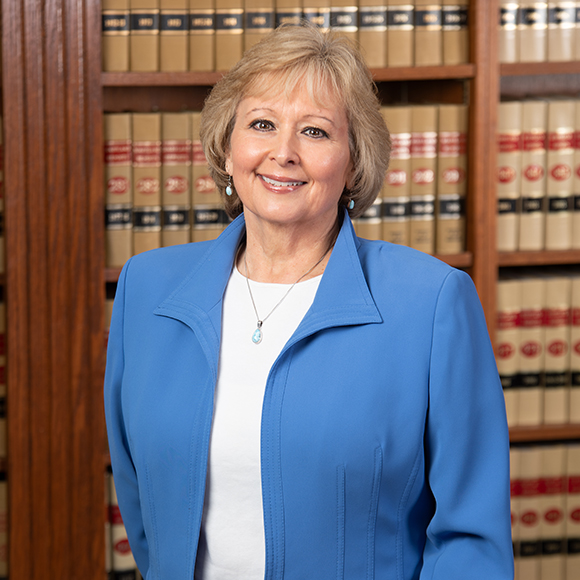 Ms. Duclaux handles all cases involving juveniles that come through our office. She began her tenure with the HoCoSAO in 1996. She not only handles cases involving juveniles, but also elder abuse, vulnerable adults and serious traffic collisions. Ms. Duclaux graduated from SUNY at Binghamton with a Bachelor of Science in Accounting. She received her law degree from George Washington Law School. 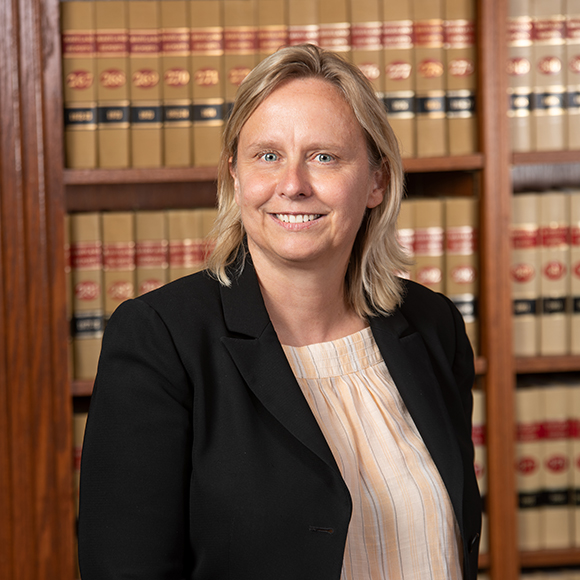 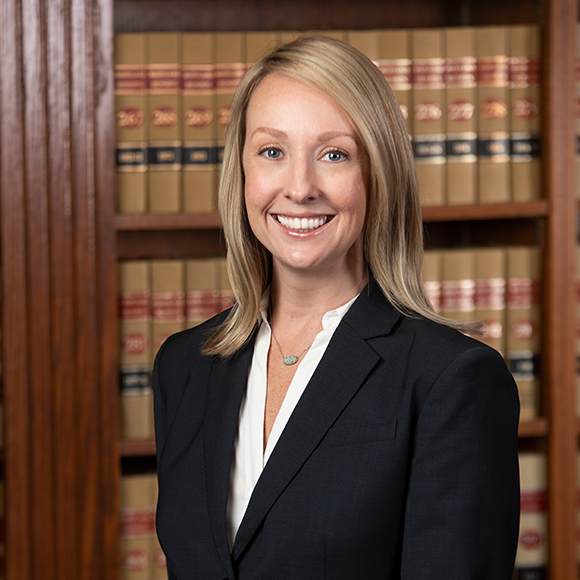 Maurice joined the HoCoSAO in 2007 and since that time he has handled cases dealing with handguns and narcotics. In his current role as Chief of the General Crimes Unit, Mr. Frazier supervises a team of three attorney and two support staff members and oversees the prosecution of Jury Trial Prayers, firearm offenses and low-level felonies. Maurice graduated from Elon University with a Bachelor of Arts degree in Political Science and Public Administration. He subsequently attended the University of Baltimore School of Law and received his J.D. in 2006. Mr. Frazier is committed to giving back to the community; mentoring middle and high-school students as well as teaching chess to children in Howard County and the surrounding areas. 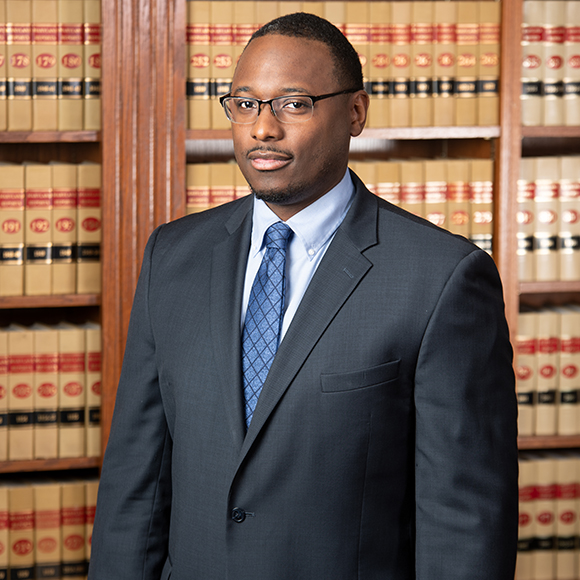 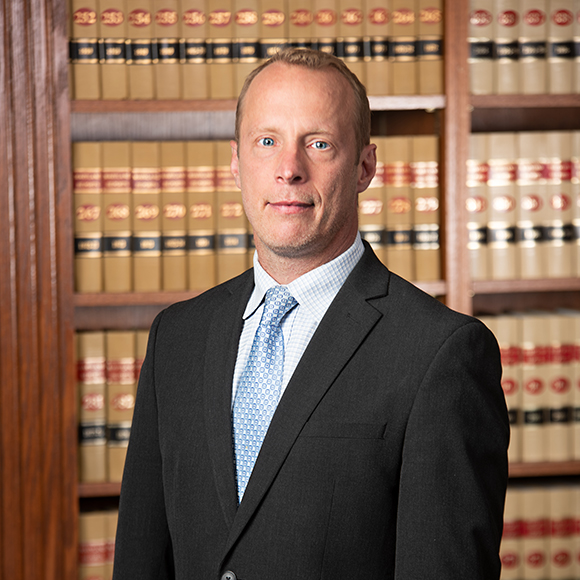 McAllister joined the HoCoSAO in the spring of 2019. In his current role, he provides direct supervision to the felony trial team who prosecute felony cases in Circuit Court. Before joining the HoCoSAO, McAllister worked at The Baltimore City State’s Attorney’s Office as a Team Captain in their Major Investigations Unit and prior to that at The Prince George’s County State’s Attorney’s Office as a Team Leader in their Felony Narcotics and Firearms Unit. McAllister graduated with a Bachelor of Science degree from SUNY Brockport and received his law degree from the University of Baltimore School of Law in 2004. 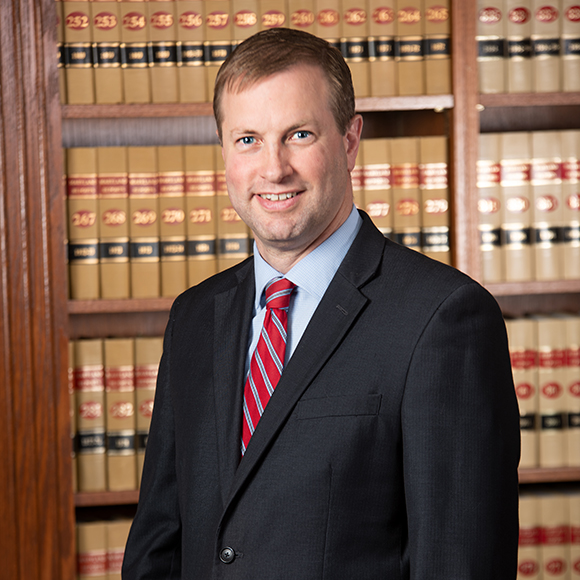 Ms. Kirschner began her tenure at the HoCoSAO in 2001 as a member of the District Court Division. Throughout the next decade, she helped create and expand a more formalized Domestic Violence Unit, largely in part by securing grant funding which increased staffing. She later became Chief of the DV Unit in 2008. That same year, she co-established, with the Howard County Police Department, the Howard County Domestic Violence Fatality and Near Fatality Review Team. In 2011, she became a member of the Circuit Court Division, where she handled felony cases including domestic violence, animal cruelty, robbery, controlled dangerous substances, and homicides.  In April of 2019, Ms. Kirschner was appointed to Deputy Chief of the Special Victims Unit, where she currently handles a majority of the office’s felony domestic violence and animal cruelty cases, as well as other Special Victim Unit cases.  Before her tenure at the HoCoSAO, Devora worked as a judicial law clerk to the Honorable D. Warren Donohue, a now-retired judge of the Montgomery County Circuit Court. Ms. Kirschner graduated from Rutgers College with a Bachelor of Arts in Psychology and Political Science. She received her J.D. from University of Maryland School of Law in Baltimore. 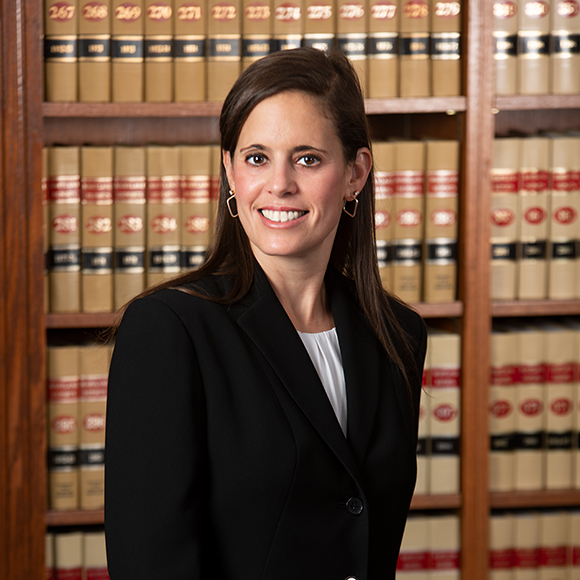